The term “internet-of-things” (IoT) has seen a huge surge in usage lately from technological industries and beyond. While it might be growing in popularity and garnering interest, it can also intimidate some from further exploring it. The essence of IoT has been around for as long as the internet has been around! Simply put, it is the interconnection of electronic devices through the internet. In other words, it is the creation of an internet channel of communication between two or more devices. And while access to the internet is one active decision, the use of IoT technologies might imply a number of decisions, blurring our rights to informed consent and privacy. Based on these concerns, potential investors might stray from the field. The solution to these growing concerns is not to halt development in these technologies. The solution is to understand them further and, more importantly, understand where their growth and demand is coming from. By developing this understanding, we can approach our concerns in a productive manner. By default, we can turn potential risks into opportunities for growth. Before delving into the analysis, let’s clarify what makes IoT unique.

IoT, in the popular definition, differs from the other communications we’re accustomed to in that it involves mainly M2M (machine-to-machine) interactions. Another big differentiator is the fact that IoT involves machines we haven’t come to associate with the internet. We’re used to the idea of some background work between servers and clients through the internet (such as user authentication). IoT says that your washing machine can be part of this club, too. IoT is what enables modern automation. It’s what allows you to control your home appliances remotely, and it’s what enables cashier-free stores like Skippy or Amazon Go.

Necessity is the Mother of Invention, or is it?

The argument that technology of any kind stems from necessity applies in many cases. It is how we get the light bulb, the car, and even the internet. But technological entrepreneurship implies that the tools and innovations related to the internet are not created with human development in the center. The deliberate growth of the internet and everything around it used to be contained within academia or research, where it could easily be argued that innovation is for the sake of human development – at least according to how the university was conceptually defined. But, the rise of technological entrepreneurship meant the commodification of the internet outside of that drive. All relevant innovation is now almost exclusively profit-driven. This motivation calls for the creation of a sense of necessity that arguably isn’t genuine to the human experience. It is an incredibly important differentiation to make when analyzing the growth of IoT. While it might indeed make our lives easier, it’s a field that truly reflects a collective motivational shift from necessity to luxury, from creators and users alike.

With this motivation, which is also supported by the spread of internet access, the number of connected devices grows to fill the space. When classical internet-enabled devices don’t suffice, our collective developmental brain seeks to enable offline devices to connect. This is how you get to check your security cameras remotely using Ring security, which was acquired by Amazon in 2018 for a whopping estimated value exceeding $1 billion. It’s why single-board computers like the Raspberry Pi now come with wLAN components built-in. These embedded devices come equipped with the power to manipulate larger appliances. They have significantly grown the realm of control that an individual has. All you need is internet access.

Ring, a leader in the IoT security field, was acquired by Amazon for an estimated $1 billion. [Image Source: www.ring.eu]

The Normalization of Technological Determinism

The other push for automation and IoT is the growing normalization of technological determinism. Put simply, technological determinism refers to the influence of a certain technology on human behavior and culture. For a very extreme example, if a taser automatically zaps you every time you whistle, you’ll stop whistling after a few times. It was the taser itself that conditioned you. When we start to consider the fact that there are 7 billion connected IoT devices in 2019, it becomes near-impossible for you to trace that line back to the maker of the taser. In its essence, technology is of course made by humans, but that channel between maker and user is virtually nonexistent today.

Technological determinism is a choice. Users in the past had to understand their equipment, and were even expected to perform some basic maintenance. If your record players broke, you could at least localize (and perhaps see) the problem. Many today cannot say the same about their smartphones. There is this sense of helplessness when it comes to modern technology – and most of us seem to be OK with it. Sure, the devices are more complex, but we are capable of understanding them. There is this growing view of devices as autonomous actors that reinforces this helplessness, but a level of preservation also faces it.  In a sense, we’re allowing IoT devices to come into our lives, but we also don’t want them to take up too much space, and this equation is always shifting. This is exemplified by the fact that sales for smart speakers, such as Amazon Echo and Google Home, are only rising, while privacy concerns resulting from them are also only rising. 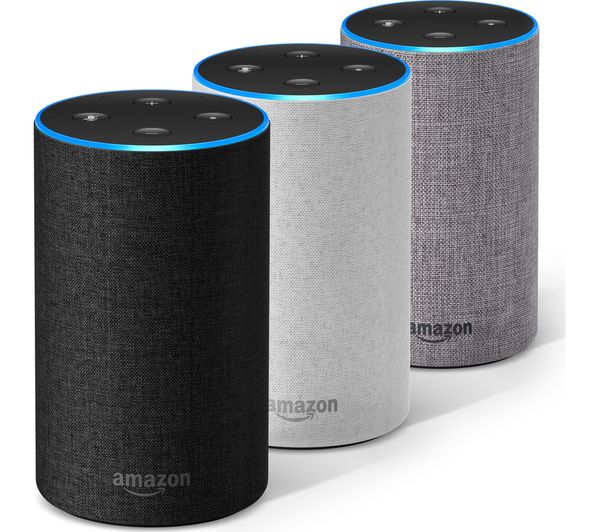 Sales in smart speakers are rising, but so are concerns. [Image Source: www.amazon.com]

If we understand the reasons above in the context of IoT, we can make informed decisions about our investments. This would effectively address our concerns about privacy or informed consent. We would be aware of the unique drivers of the growing IoT industry. Is this potential investment catering to necessity or luxury? Does it stray too far from people’s currently-accepted level of automation? These are the kinds of questions you would now ask to assess your risk. Of course, just like every other technological field, it is dynamic and ever-changing, so these reasons are also not set in stone. Yet, they are a good ideological foundation for decision-making regarding this field.

Beyond Non-Discriminatory Hiring: Creating an LGBTQ-Inclusive Workplace
ERP Systems at a Glance

Commenting is Disabled on Why IoT? An Investor’s Guide

We use cookies on our website to give you the most relevant experience by remembering your preferences and repeat visits. By clicking “Accept”, you consent to the use of ALL the cookies.
Do not sell my personal information.
Cookie SettingsAccept
Manage consent

This website uses cookies to improve your experience while you navigate through the website. Out of these, the cookies that are categorized as necessary are stored on your browser as they are essential for the working of basic functionalities of the website. We also use third-party cookies that help us analyze and understand how you use this website. These cookies will be stored in your browser only with your consent. You also have the option to opt-out of these cookies. But opting out of some of these cookies may affect your browsing experience.
Necessary Always Enabled

Performance cookies are used to understand and analyze the key performance indexes of the website which helps in delivering a better user experience for the visitors.

Analytical cookies are used to understand how visitors interact with the website. These cookies help provide information on metrics the number of visitors, bounce rate, traffic source, etc.

Advertisement cookies are used to provide visitors with relevant ads and marketing campaigns. These cookies track visitors across websites and collect information to provide customized ads.

Other uncategorized cookies are those that are being analyzed and have not been classified into a category as yet.